The Hotech Self-Centering Adapter cleverly eliminates the slop by linearly compressing the built-in rubber rings. By doing this, the diameter of the rings expands to compensate the gap. Because all rings evenly expand radially in diameter from the compression, this automatically centers the laser collimator in the focuser draw tube. The SCA adapter accommodates various brands of adapting focusers which have slightly different manufacturing inside diameters so our laser collimator will be precisely centered for each installment.

In summary, the Hotech SCA adapter serves three critical functions. First, its expansion rings accommodate almost all focuser's manufacturing tolerances. Second, it automatically centers the adapting laser. Third, it provides at least two evenly distributed circular contacts on the focuser's inner tube surface preventing the adapting laser from pivoting. Once the slop factor is taken away, you can quickly collimate your telescope in confidence to achieve perfect collimation every time.

About the Proprietary Laser Crosshairs:

With HoTech's proprietary laser crosshair, user can zero-in the laser with ease during the final collimation on the secondary and the primary mirror. The crosshair model still exhibits a precision laser center dot, but with a touch of four extended laser lines from the center dot. The extension lines (crosshair) of the laser dot is the most intuitive way to guide the laser pointing for an accurate adjustment. During the secondary mirror collimation, a single dot laser projecting on the approximate center of the preloaded doughnut is difficult to identify if the laser dot is exactly on the center. The crosshair laser can easily help user to adjust the secondary mirror to point the laser on the exact center with the help of the crosshair line. During the final primary mirror collimation, the returning laser dot often hides into the laser exiting hole preventing user to identify if the returning laser is at exact center of the hole.

Again, the crosshair will visually guide the user to center the laser dot with ease even when the center laser dot disappears into the exiting hole. It is a very effective and essential feature to the SCA Laser Collimator in obtaining at even higher degree of accuracy with ease.

"There is a tremendous amount of creativity and cleverness being displayed, all backed by a fervent devotion to making the sky more accessible and enjoyable for astronomy enthusiasts at all levels. It is truly inspiring." - Robert Naeye, Sky & Telescope Editor in Chief 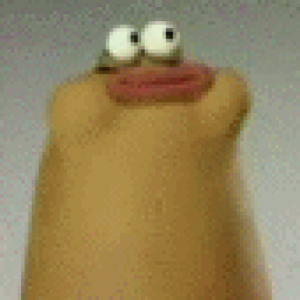 As always, you should check and refine the collimation of any collimator you buy. The collimation of the laser was more or less bang on when received, so no adjusted is needed yet. Read the instructions, do NOT tighten the pinch bolt in your focuser! The rubber bushings will expand when compressed, and produce a great, consistent fit. Fantastic collimator, I will recommend it to everyone.

Japan
worth the price

I find this indispensable for collimating my 300mm F4 Newtonian before every imaging session. I also own a cheap collimator costing 1/3 of this. When I first collimated the scope I was surprised to find that the cheap one showed the same result as this one, but after further comparison I gradually became convinced that this one is far more reliable. If you have two collimators and you trust one of them better than the other, then you end up using the one you trust all the time and put the one you trust less in your tool box as a backup.

very easy to use and works great

I went to the HoTech web sight where they addressed my issue. The problem was with my testing technique. When I tested it according to their recommendations it tested just fine. I am very glad for that because I love this collimator. The SCA and the crosshairs make it second to none.

I hate to disagree with so many rave reviews but I would ask the other reviewers, did you check the collimation of the laser itself? I had a very satisfying experience collimating my scope with the HoTech but then, out curiosity, I checked the collimator itself. I used a set of "V"-blocks, shined the laser dot at a point on the wall, slowly rotated the body of the laser in the "V"-blocks. At a distance of about 10' the dot on the wall circumscribed an area about 1.5" in diameter. Apparently the laser beam is not parallel with the body of the laser. I was very disappointed. Given the price, I expected more. The SCA (Self Centering Adaptor) is a great idea but of no use if the laser beam introduces more inaccuracy that the "slop" ever could.