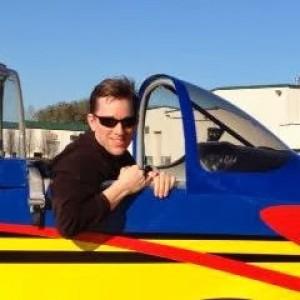 I've been struggling for months to collimate the club's 16 inch GSO RC scope. Tried with Howie Glatter laser, Cheshire eyepiece, and a lot of swearing. I bought the Takahashi scope and centered all the round things in the view (secondary, primary, and focuser attachment) and did get the vanes lined up in the view by moving the primary mirror. I still had some non-centered baffle tube, but gave it a try anyway. Looked great and the stars were round. I took a bunch of images the first night and was thrilled with the results. A week later during another clear night, tried again and found I was back to the same non-focusing issues. Something must have slipped, and messed up again. Maybe ASI camera tilt also? I can see that this scope should work well, but just need to work on it some more. The stories you read online about collimating the Ritchey Chretien scopes are all true - these scopes are infurating to collimate! I think they should give fantastic results (I did see a peek at good images!) once lined up, but these things sure are touchy to work on.

Impressive results from an expensive piece of gear

The Takahashi Collimating Telescope is expensive (it might be something to consider purchasing as a club loaner). But, overall, I'm very pleased with the results. I believe I still have a bit of tilt in the focuser, which this device doesn't really help with, but the collimation is vastly better than it was--as judged by the projected concentric circle attachment on my Howie Glatter laser collimation tool. Before using the Tak Collimating Scope, the outer rings of the laser projection were quite broken and there was clearly a lot of room for improvement. The projected circles are now complete (although one section of the outer-most circle is a bit fuzzy--as noted, I do not believe I have completely resolved the focuser tilt problem). I purchased the Takashashi Collimating Telescope to use on a 6" APM refractor and an ATM 10" RC Cassegrain. So far, I've only used it on the refractor (I need to remove the secondary from the RC Cass and add a center mark to it--which is required for the Tak Collimating Telescope to work properly on a reflector according to what I've read). At any rate, to use this, you'll likely need the 2" adapter (which I've reviewed separately and only gave 3 stars); there does not seem to be a 1.25" adapter available. When used on a refractor, the collimating scope is intended to allow you to see reflections off the surfaces of the objective lens; and because you can focus the Tak Collimating Telescope, you can see the reflections off different lens surfaces by adjusting the focus. When the reflections are all concentric, you have achieved collimation. In use, you need a bright light-source unless you're working in the dark, I suppose--which of course, would make doing the collimation adjustments themselves awkward. What I found effective was to use the "flashlight" function of my mobile phone (which turns on the ultra-bright LED used as a flash for the camera). I had the scope lying on its case--about any flat surface would work, although the floor would be awkward. I positioned the collimating scope so that its light diffuser was pointing down and put the phone under it. The phone's flashlight was bright enough to see the dim reflections off the objective in the collimating scope in a well-lit room, but I needed a shield so that the bright light wasn't glaring on my eye as I looked through the scope. Using the scope's focusing function, you're able to actually focus on the reflections off the different lens surfaces. It's this which allows the collimation to be adjusted to a fine degree. However, it's a bit tricky to find a focus position where you can see the reflection from the inner surface of the inner lens (which makes the largest ring in the scope's view) and the reflection from a lens surface farther away from the scope. The idea is to adjust the lens cell so that the smaller reflection(s) are exactly concentric with the largest one. So, I found that I had to use an intermediate focusing position on the collimating scope which allowed me to see multiple reflections (but none of them as sharply as if carefully focused on just one reflection). But as noted above, the end result was very good. I did not have any trouble using the collimating scope without my eyeglasses (my eyes don't have any significant astigmatism), but I did not feel like there was much eye-relief. Whether that would be a problem or not for someone who needed to wear their glasses while using the collimating scope, I don't know. As with most collimation tools, the best accessory you can have is another person to help make the adjustments while you look through the scope--or vice-versa. The instructions have been noted to be imperfectly translated by other on-line reviews I've seen, but I didn't have much trouble with them. It'll be interesting to see how it goes when I get to working on the RC Cass scope, since I just jumped to the portion of the instructions related to refractor collimation. I gave the Takahashi Collimating Telescope 5 stars despite its expense and the slightly odd translation of the instructions because it worked very well for me. Perhaps when I've had a chance to work on the RC Cass, I'll have more to say about its use on a Cassegrain reflector. Regarding the cost of the collimating scope: it is a Tak product, after all, so I wasn't expecting it to be inexpensive; and I'm sure they don't sell enough of them to benefit from economies of scale, if there are any in what's clearly a precision instrument.

Works for collimation but way overpriced and lacking a light source

This collimating telescope is easier to use than a Cheshire eyepiece, because the image seen is larger due to its 6x magnification. But the adapter needed for most drawtubes, so that the collimating telescope can fit and be used, sells for about $180 but should be included for free with the collimating telescope itself. At most, it should cost about $5. On top of that, for some reason Takahashi did not see fit to include a small bright white LED light. Instead, the user has to figure out some light source that can be used to illuminate the opening. Again, a $5 item would solve a problem and make using the collimator much easier. The instruction manual could also stand a better translation.